Happy fall, everyone! The few dustings of snow we had earlier this week are melted for now, but it's clear that the color season has passed and winter is on its way. Lucky for me, I'm a big winter sports enthusiast, so I'm waxing my cross-country skis and getting ready!

In the meantime, though, I've given some thought about what kind of community member I want to be. My husband and I have at least a five-year plan to stay in Traverse City, and we are always looking for ways to get involved as active citizens in the community and pay attention to the important issues at play in our region. With all that in mind, we made a big step in our roll as Traverse City residents: we went to our first City of Traverse City City Commission meeting this week. 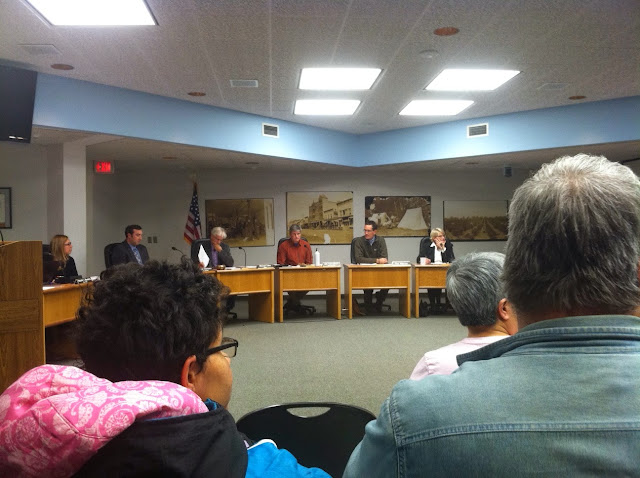 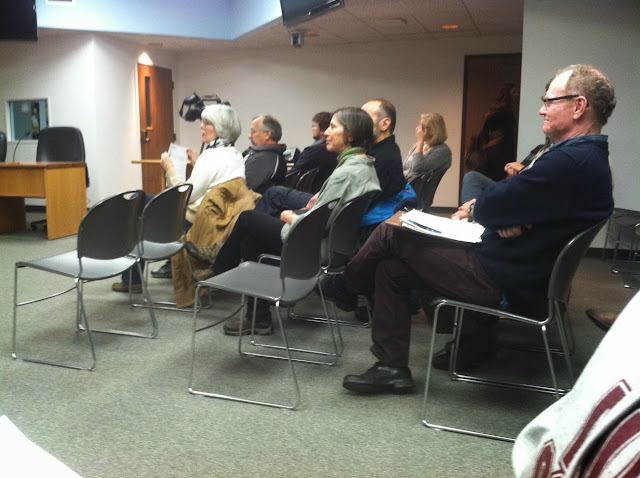 There were some vital things up for discussion at this meeting, and we decided we wanted to hear about them in-person instead of the next day in the local media. It's nothing against the local media; we just wanted to be a part of the conversation and listen to all the details from the commissioners for our own knowledge.

At the meeting, the commissioners discussed the traffic study findings following the recent re-striping of Eighth Street (a major cross-town route), a new building proposal for the Traverse City Area Rowing club at the north end of Boardman Lake, and possible changes to the National Cherry Festival. In different ways, each of these issues are important to the residents and visitors to our city, and it was great to learn about them as the commission discussed these issues at the meeting. 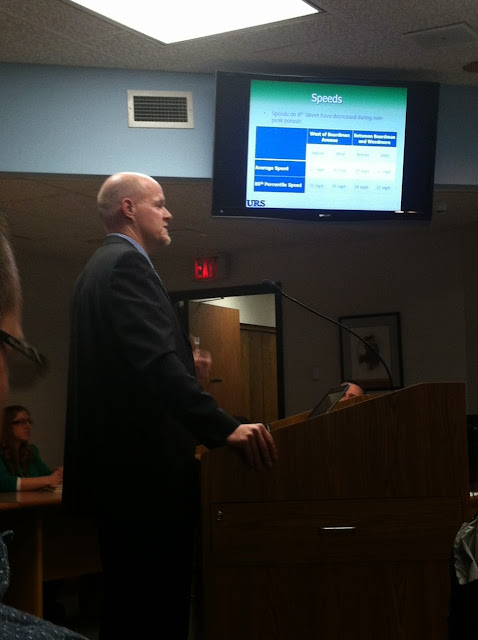 Our main interest in attending the meeting was to learn more about the findings of the Eighth Street re-striping. My husband and I both bike a lot, and having such a vital cross-town route include a bike lane is something we wanted to show our support for and encourage the commission to keep. Much to my own surprise, I stood up and spoke for a few minutes during the final public hearing portion to express my support for the re-striping project, specifically the bike lanes, and thanked the commission for exploring different options for this route. I was mega nervous to get up and speak, but I'm proud of myself for sharing my thoughts!

I honestly didn't know what to expect at the meeting. I've never taken a strong interest in local politics, but attending the meeting gave me a sense of pride for our town and generally made me care more about the kinds of decisions that are being made at the local governmental level. I felt connected to the city in a different way, like I was truly invested in it and the future of our town, and that is very rewarding. 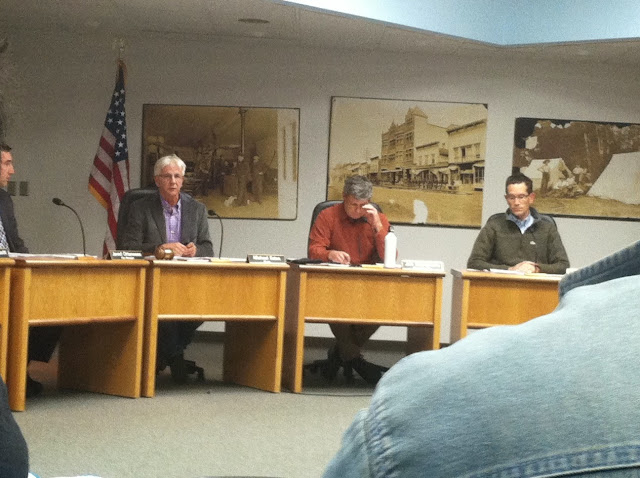 The city commission meets the first and third Monday of every month at 7:00 p.m. at the Governmental Center (near the corner of Eighth Street and Boardman Ave). I highly suggest that anyone in the city or Grand Traverse County attend at least one city commission meeting to learn more about how our local government works and what kinds of issues are being discussed. Get involved!